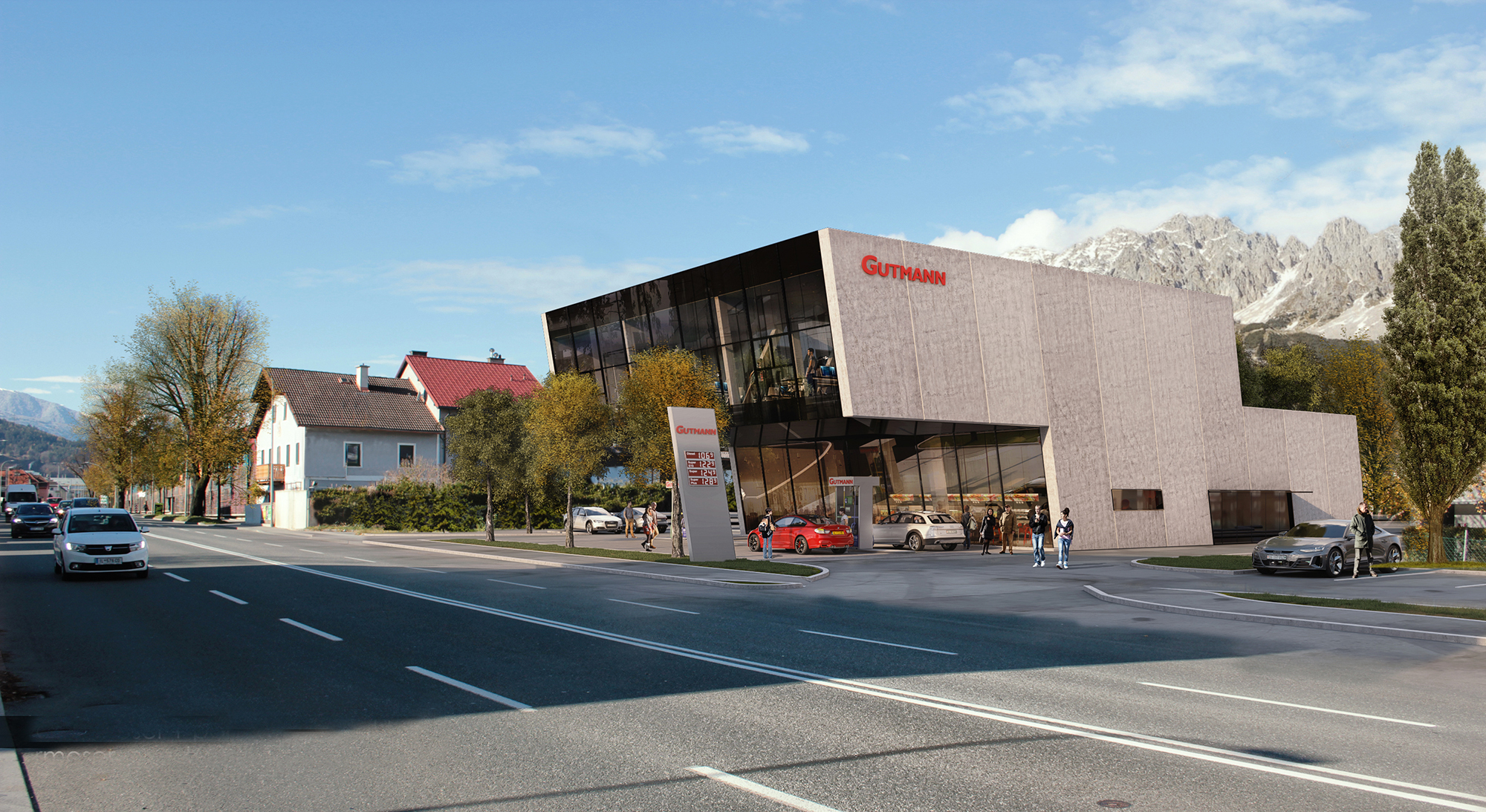 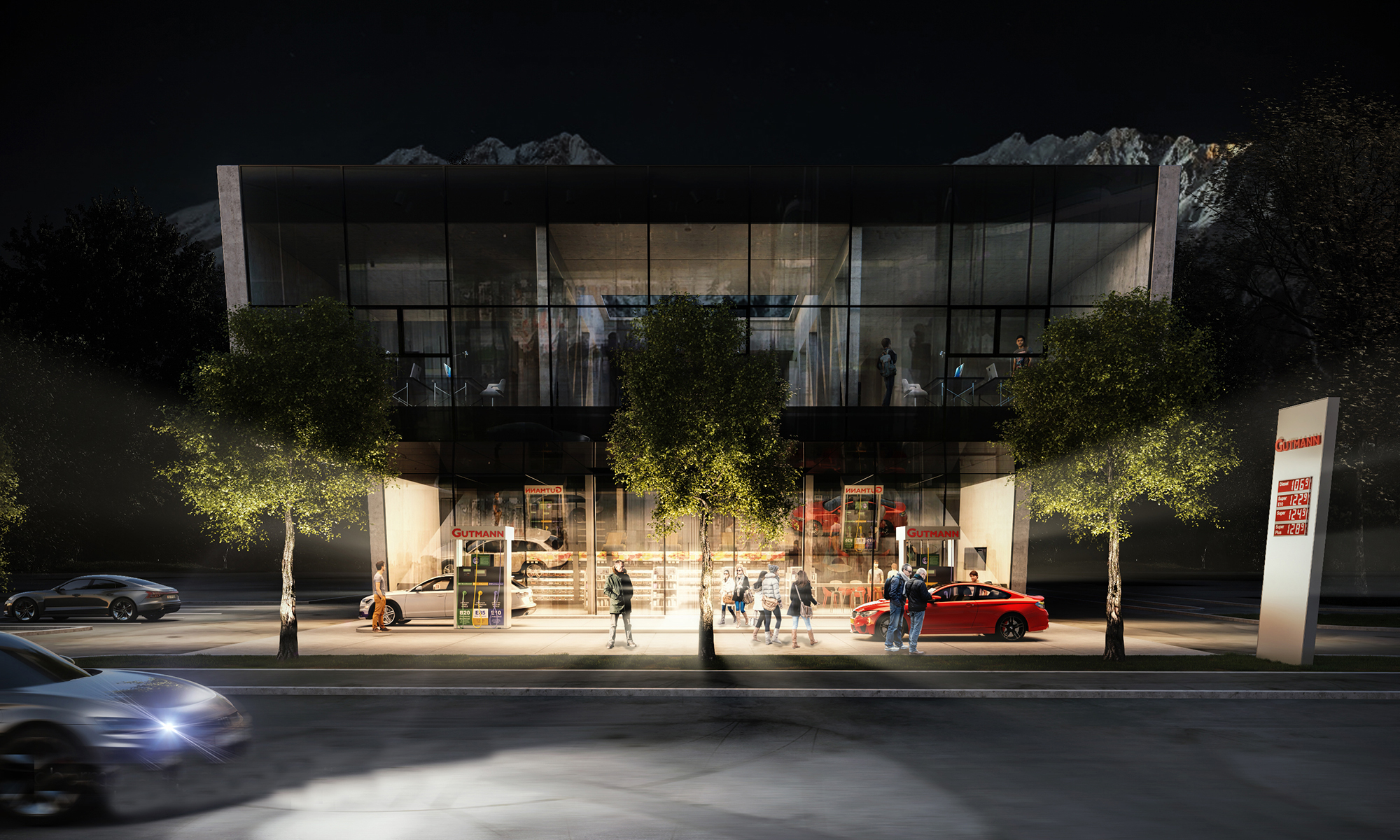 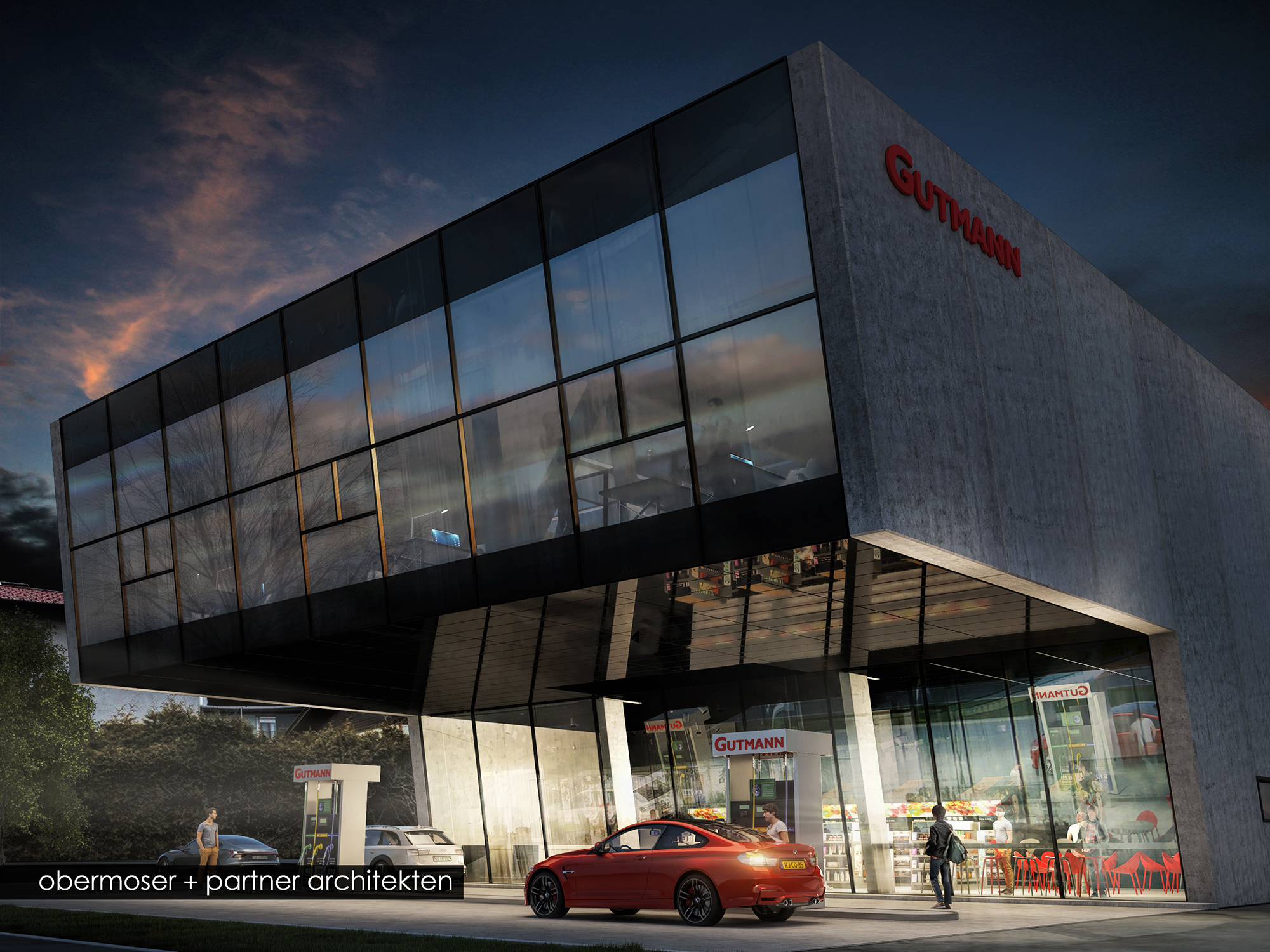 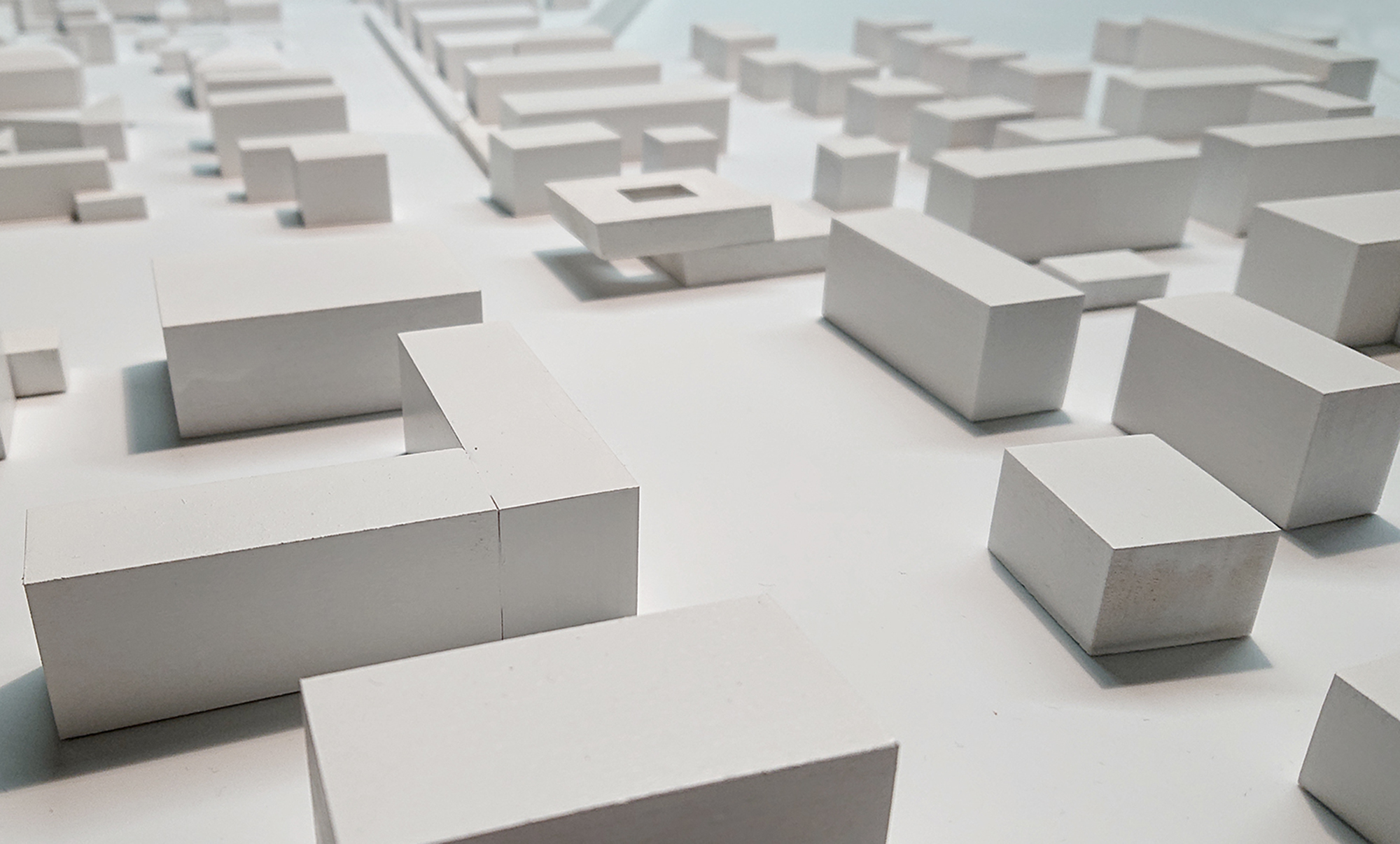 A new office building with gas station and shop on the groundfloor will replace an existing gas station along the eastern main access road of Innsbruck, the so called „Südring“.The upper floor of the two-story building cantilevers over the refuelling area, along the new defined street line of the “Südring”. By this the new building gains strong visibility approaching the site by car.The compactness of the concrete-structure is accentuated by the facades made of precast-concrete-elements cladding the eastern and western walls, flanking the volume in its full height and following the building´s division in one- and two-storey parts.The front facades towards the “Südring” and on the rear side are inclined 10° and fully glazed.The cantilever of the upper story is also perceivableinside the building, where the two trussed concrete beams divide the open office space.The offices on the first floor are delighted by a green roof terrace on the north side, where an extensive vegetation and six maple trees revive the indoor ambience.Apart from a public pathway for bicycle riders and pedestrians, crossing the area along its eastern border from Domanig-Weg to Algunder-Straße on the southern side of the “Südring”, a planting-concept has been developed for the whole area, including as well the roof-terrace . Besides maple and elm trees also polars will be planted.The design-phase took place between 2020 and 2022, the realisation is planned for 2023.